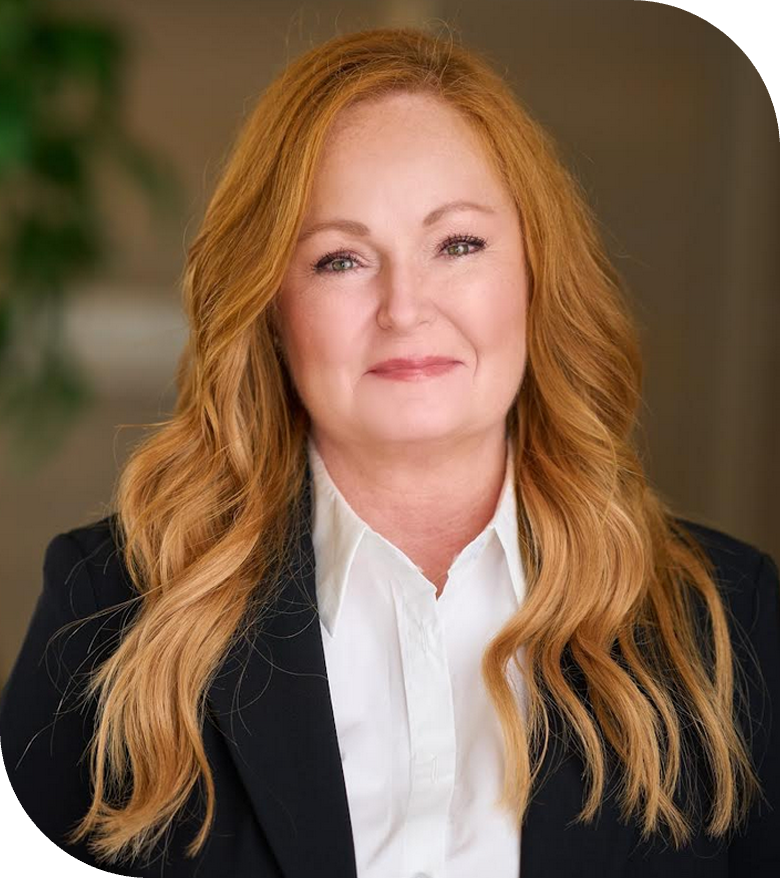 Teresa Dodson has over 20 years of executive and operational management experience across the financial services and marketing industries. In 2008, Teresa founded Greenbacks Consulting where she currently consults with debt relief providers on matters of operational strategy, regulatory compliance and marketing communications. Prior to this, Teresa served as COO for two large debt settlement companies where she oversaw all aspects of the day-to-day operations.

Teresa serves on the Executive Board of the American Fair Credit Council, an industry trade association of Debt Settlement Companies that operate under a performance-based compensation model. Teresa is also a frequent speaker at conferences and events in the accounts receivable management and debt relief industries. Teresa’s keen insights and deep relationships combine to deliver unsurpassed bottom line results for her clients.

Are You Ready to Take Your Business to the Next Level?

Get in Touch Today

I have had the pleasure of working with Teresa Dodson for over 15 years. She has an incredible gift for making the complex appear simple and without being simplistic. She is a pleasure to work with and always delivers to an exceptionally high standard. She consults impeccably to understand organizational needs and then brings innovative business-relevant ideas and solutions to the table. She will challenge your thinking, provide you with alternative perspectives, and, where appropriate, actively coach/mentor/advise you to generate and co-create solutions. She is an excellent facilitator with the ability to manage multiple perspectives and effortlessly guide the team to consensus.

I have had the distinct pleasure of working with Teresa for the past few years and her expertise/knowledge around the debt settlement industry is “best in class”. She has been a great resource and has always been a wonderful sounding board when it comes to market, operational and regulatory trends impacting debt settlement but more broadly, the world of consumer credit/collections/finance. She was also a key driver for us to get more engaged with AFCC which has been very helpful to our firm as we continue to expand our M&A/valuation/research services.

We hired Greenbacks Consulting to come in and review our internal and client-facing processes. Teresa has great industry knowledge and was able to quickly pinpoint areas for improvement which resulted in improved client retention and increased settlement activity. Teresa is a pleasure to work with and her recommendations resulted in very near term ROI.

In 2019, we hired Teresa Dodson to help our company expand into the Debt Settlement market. She was instrumental in assisting our infrastructure build and has spent a great deal of time training our staff and overseeing our operations. She provided industry knowledge and best practices. She also guided the JG Wentworth team through the BSI audit process to ensure a successful audit along with AFCC accreditation status. Through her network, we have met other knowledgeable leaders in the industry. I would highly recommend Teresa.

I was referred to Teresa Dodson, Greenbacks Consulting by a 20+ year veteran in the debt relief industry. I quickly learned what an asset Teresa was to my startup. We successfully built a back-end operation is less than four months ahead of projected timelines with Teresa’s expertise. Teresa brings a broad spectrum of knowledge to the debt relief industry. Her vision in excellence, quality and compliance were adopted as guiding principles at 1Debt Free and have led to the foundational success of our company. I look forward to working with Teresa on our next consulting engagement and would recommend Greenbacks Consulting to any startup in the debt relief vertical without hesitation.

I have worked very closely with Teresa for over 15 years on company specific initiatives as well as legislative issues for the industry in general. She is a real professional in an industry that continues to try and do things the right away. She and her team have continued to push for ethical and compliant relationships with all sorts of financial services nationwide. She has more experience and a depth chart greater than 99% of operators in this space. The Debt Settlement industry is lucky to have such a player on its team.

Our company and its senior executives have been active in the debt relief and debt settlement business for over 15 years. As a niche business, it is very difficult to find experienced and educated professionals who can truly add value with their guidance and advice. We were very impressed with Teresa Dodson and Greenbacks Consulting. They were able to provide us with a comprehensive assessment of our business. Teresa clearly has a complete command of all the issues, whether it is related to the sales effort or the servicing part of the operation. I would recommend Teresa and Greenbacks Consulting to a start-up debt settlement business looking to develop and implement the right business plan, and I would also recommend Teresa to an experienced company looking to either modify its current strategy or simply audit its current practices to ensure it is operating at maximum efficiency.

I have known and had the pleasure to work with Teresa for 16 years. Initially, Teresa served as the COO of my Debt Settlement company. During her 4 year tenure, she capably grew the business year-over-year, during a time of infancy in the debt settlement industry when few proven systems or technology existed to serve the industry. Several years later, Teresa served as COO of Persolvo Data Systems, a FinTech company in the Debt Settlement Industry. Here, she led a team of marketers and software developers to bring to market an application that revolutionized direct settlements between credit card issuers, debt collectors and debt settlement providers. During this time, Teresa built close relationships with leading issuers, debt buyers and collection agencies which, she maintains to this day. I strongly recommend Teresa and can say that her knowledge and experience in the industry is second to none.

Teresa and I have a long history that dates back close to a decade. Teresa was an asset when she worked for our company full-time. Teresa is intelligent, highly motivated, and a team player. Teresa is also a wealth of knowledge in all areas of the debt settlement business and industry. I have the pleasure of serving with Teresa on the board of the AFCC, and she is instrumental to the team.

I have worked with Teresa Dodson, whom I affectionately refer to as “Queen T”, for the past 5 years. During this time, we worked together at a debt settlement company where I was employed, and later at companies where I was engaged as a consultant. Teresa’s knowledge and experience in the debt settlement industry is second to none and she is widely accepted as an authority on the industry. I have experienced first-hand her ability to take an underperforming company and turn it around by applying her unique systems and processes to the business. Teresa has a keen understanding of the skills and staffing requirements needed at all levels of the organization and is an effective communicator and team builder. I strongly and enthusiastically recommend Teresa to any debt settlement firm seeking to enter the industry or improve their profitability.

Establishing a debt relief company is a massive undertaking. Navigating the regulatory, licensing and operational tasks that need to be completed can be overwhelming. After a decade of working with clients to assist them in establishing their operations, we have developed a streamlined process that identifies the requirements, tasks, technology providers and vendors you need to expedite the launch of your business.

Building and aligning teams for success doesn’t happen by chance. Effective leaders recognize the need to recruit, hire and train teams that complement their strengths and bring value in areas where they lack subject matter expertise. We help identify opportunities for growth and improvement across the organization, and work to align your teams around a set of common goals designed to drive success.

Long term success is the direct result of an effectively executed strategic plan. Developing internal goals, defining operational strategies and building a plan to grow the required human capital to move the organization forward is critical to the long-term success of the organization. We help stakeholders define their plans for success and inspire their teams through the execution of these plans to reach a higher plane of operational effectiveness.

Human capital is one of the most valuable and costly resources in the organization. Finding the right people to each position can be challenging, time consuming and costly. We work with our clients to build a strategic hiring plan, then we identify the skill sets needed for the new hire to excel in the position. We take an active role in the recruiting and interview process to ensure each position is filled with a person most likely to succeed in the role.

Developing effective, compliant and scalable sales organizations is our specialty. With over 20 years of experience across debt relief and accounts receivable management, we understand the needs of consumers struggling with debt and have built systems and processes to help teams better identify candidates most suitable for debt relief services, resulting in industry leading conversion rates for our clients.

We help our clients build omni-channel marketing campaigns that cover the range of SEO, Pay-per-Click, social media, content marketing and email marketing with a focus on detailed analytical reporting, automation and regulatory compliance. We have decades of experience marketing across the debt relief and accounts receivable management space and focuses exclusively in this niche.

Outsourcing is the latest trend to revolutionize the debt relief and accounts receivable management industries. By utilizing near shore, English speaking call center teams, we have been able to reduce labor costs by 40%-60% in many cases and increase productivity across the organization.

Once thing is constant, the regulatory landscape is fluid. Regulatory compliance touches every aspect of your business from licensing, to marketing, to servicing clients. We help our clients understand their obligations as it relates to regulatory compliance and assist them in engaging the right legal partners and then facilitate the development of the right risk management plans to ensure their success.

Technology is the lifeblood that runs business today. Myriad systems join to automate tasks and process data in real-time. Evaluating and making decisions about technology platforms, much less, integrating systems across networks and multiple office locations presents special challenges for organization that lack technical resources. We help teams identify systems, plan for growth of technology and assist with the implementation and integration of systems to move data seamlessly across the organization.

Our experience over the past 20 years gives us unique insight into the market. We understand the niche of debt relief and accounts receivable management and know how to position your business for a sale, or help clients evaluate businesses they may seek to acquire; accurately and fairly assessing portfolio valuation and goodwill.

Get In Touch With Us Today